The First Line of Defense against Food Poisoning

So we can say that the maintenance of our own health is the first line of defense against possible food poisoning. Regular exercise, rest of the body, eating healthy food, drinking clean water, breathing clean air are all the things to do to make your body more resistant to various forms of food poisoning.

On the other hand, our own body has a number of mechanisms, which form the first line of defense against various types of bacteria that enters the body by eating contaminated food. Our techniques for making food safe are just a small part of the chain complex mechanism of defense of the organism from food poisoning.

Stomach acid is the first barrier of the human body for harmful bacteria. It’s typical pH is usually about 3, and it kills bacteria before they reach the intestine, where they find more favorable conditions for growth and development.

A typical example of the above is the chocolate. Drinking too much water during meals, as well as, use of antacid medications, dilute stomach acid and also significantly reduce its protective effect. 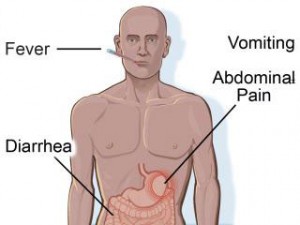 Inside the human body, in digestive system, exist a large number of beneficial bacteria, which represent another line of protection against food poisoning, established by the body itself. These harmless bacteria fight for the existing nutrients supplies, and therefore obstruct the growth and expansion of harmful bacteria, which then die or pass the zones in human organism, favorable for their existence.

Consumption of antibiotics makes us more vulnerable to food poisoning, especially a few weeks after beginning treatment, because it reduces the number of harmless bacteria in our digestive system. Therefore, one should eat ‘probiotic’ foods such as yogurt for example, which contains live bacteria, which have a positive impact on increasing the quantity of beneficial bacteria in the body, thus reinforcing its protective function.

This should be practiced especially in the recovery phase of an illness or for example when going on vacation in remote areas. In this way we will certainly significantly increase the level of the defense power of our body from food poisoning.

Some types of harmful bacteria, once they reach the intestine, multiply particularly rapidly. The best known examples are Salmonella typhy and Vibrio cholera. When the human body detects the bacteria, it produces white cells that ingest these bacteria, thus destroying them.

In case of food poisoning caused by viruses, white cells are also of great importance for the defense of the organism. The classic and most typical food poisoning signs, such as diarrhea and vomiting, are also the mechanisms used by the body to get rid of toxic substances, which are incorporated by eating unsafe food.

Another organ in the human body has an important function in protection from food poisoning. It is the liver. The liver is important for fighting toxins in the form of pesticides, and chemicals such as lead and arsenic, entered into the body. The liver absorbs these toxins and a chemical, detoxifies them, and turns into a form which can be removed from the body through urine or feces. 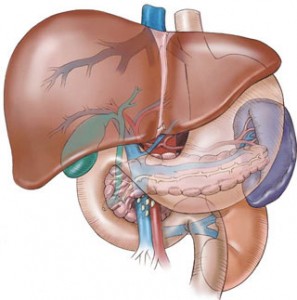 In principle, everything mentioned above is the mechanism of the human body as a defense against food poisoning. This is the first basic line of defense against food poisoning, which establishes a human body, and for the next level of defense, there are a number of procedures and measures to be taken, which will also be discussed in future articles.